The last chapter on this horror saga 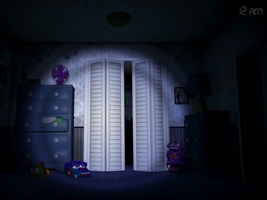 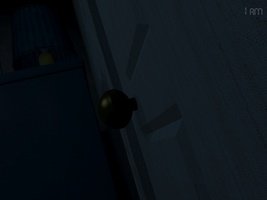 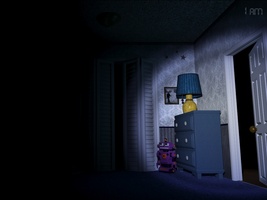 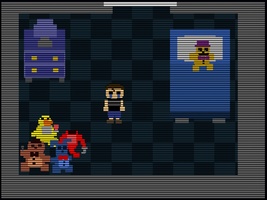 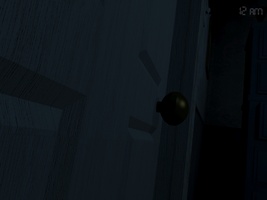 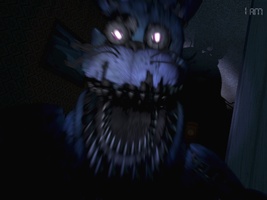 Advertisement
Five Nights at Freddy's 4 is the fourth and final installment on this incredibly popular horror saga that has been scaring people on Windows and Android since the release of the first game, back in 2014. Since then, in little more than a year, Five Nights at Freddy's has become a symbol of horror.

This time, you don't have to patrol a pizzeria through security cameras or anything like that. Instead, you control a young man that, at nighttime, has to defend himself from the horrible creatures that hunt him behind every shadow and every dark corner.

The gameplay in Five Nights at Freddy's 4, in any case, is very similar to that in previous installments. You can move from the bed towards any of the doors in the room, and open them by keeping a button pressed. You can also use a flashlight to light up any area for a short period of time.

An important thing to do when playing is to adjust the volume of your speakers. Why? Because you need to hear the enemies breathing in order to predict their attacks. Also, if they get you, you'll be more scared if the volume is high.

Five Nights at Freddy's 4 is a memorable horror game that can scare you more than just a few times. The graphics have improved slightly compared to the third title, creating an even greater experience.
Reviewed by Andrés López Translated by Rodrigo Bustamante

The game doesn't require an installation, you just have to open the executable.
Advertisement

This Is Just Like The Same One From The Real Game!Nthe Graphics Are So Good And Its Full Version!

This is what I needed

This game is with God n

Tanks eh I really needed something scary thanks.

Forget Me Not Annie
Real horror starring a young girl
Slender
Are you afraid of the dark? You will be
Imscared
Independent first-person horror adventure
Mad Father
A terrifying tale of love and death
The Witch's House
Will you be able to help the little protagonist to survive?
One Late Night
Terror in the office
Eyes: The Horror Game
The terror is watching... and it's out to get you
Misao
Terror adventure game set in a Japanese school

Similar to Five Nights at Freddy's 4

Yandere Simulator
Stealth and murder in a Japanese school
Summertime Saga
A fun and spicy adventure
Minecraft
Build, craft, and give free rein to your imagination
Eyes: The Horror Game
The terror is watching... and it's out to get you
Who's Your Daddy
Save your son from all the dangers
AM2R (Another Metroid 2 Remake)
Remake of Metroid II Game Boy original
Baldi's Basics in Education and Learning
Learn with Baldi... or not
P.T. for PC
The terrifying P.T. for PS4, now on PC

Blitz
The ideal partner to play League of Legends
ArcheAge
Enlisted
IMVU
It arrives the revolution of instant messaging
Final Fantasy XIV Free Trial
Minetest
Like Minecraft, but Free and Open Source
Opentrack
Warframe
Grab your sword and your gun and join the Tenno warriors